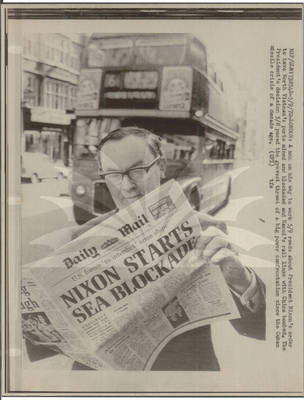 London: A man on his way to work 5/9 reads about President Nixon's order to have North Vietnam's ports mined and blockaded and Hanoi's rail links with China bombed. The President's decision 5/8 posed the gravest threat of a big power confrontation since the Cuban missile crisis of a decade ago.