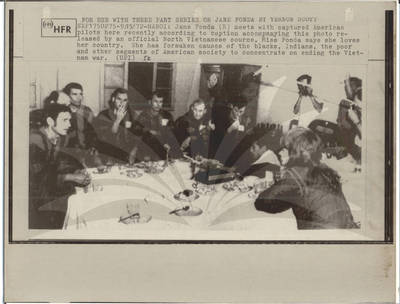 Hanoi: Jane Fonda (R) meets with captured American pilots here recently according to caption accompanying this photo released by an official North Vietnamese source. Miss Fonds says she loves her country. She has forsaken causes of the blacks, Indians, the poor and other segments of American society to concentrate on ending the Vietnam war.