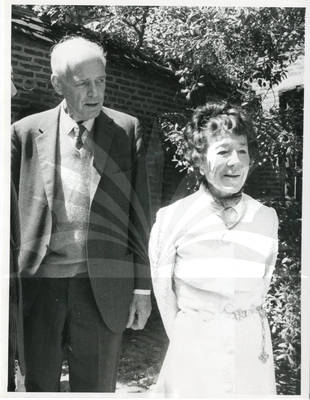 There is almost half a century of time between photo showing Charles and Anne Lindbergh standing beside plane which brought them to San Francisco, and this photo. The couple shown here on May 16, 1973 back at the Falaise Estate, this time to dedicate it as a museum. The passage of some 44 years has obviously taken its toll.