Ford With Family After Defeat 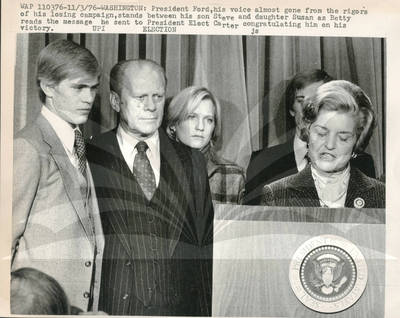 President Ford, his voice almost gone from the rigors of his losing campaign, stands between his son Steve and daughter Susan as Betty reads the message he sent to President Elect Carter congratulating him on his victory.