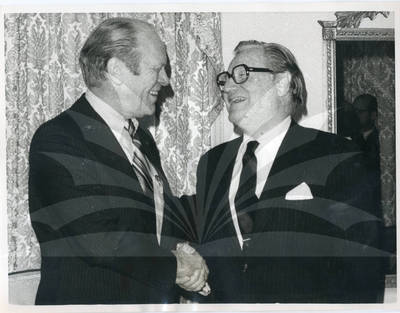 Former New York Governor Nelson Rockefeller, whose nomination to be the nation's 41st vice president was approved by the Senate earlier in the day, is congratulated by President Ford. Ford, who met with Rockefeller's "Commission on Critical Choices for America," later attended the Football Hall of Fame Dinner.