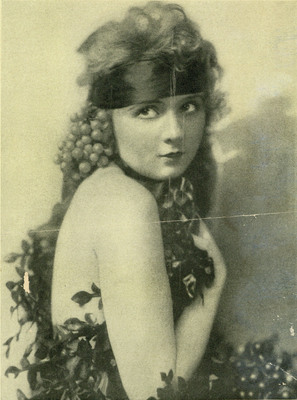 A photograph appearing in a movie magazine of “Gladys Leslie, The Popular Little Screen Star.” Study by Alfred Cheney Johnston, ca. 1917. [Leslie began her movie career around 1915 with Edison; by 1917 she was making films with the Thanhouser Company in New Rochelle, New York. She next worked for the Vitagraph Company in 1918 and 1919 but ended the association in 1920, and continued to make films with a number of different studios.]