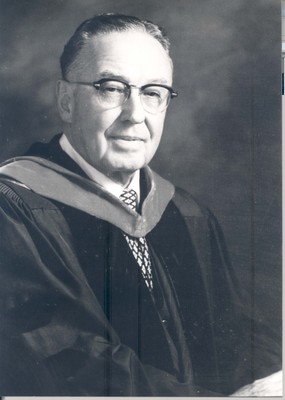 Originally a Trustee, Reeves '27 resigned that position and became president on May 1, 1942 with a three-year contract. Reeves began his service at a time of extreme financial hardship for the college and oversaw its move onto the campus of Whittier College for the duration of the Second World War. In 1945, Reeves oversaw the college's move back to its original campus in Los Angeles and again in 1954, its final move to the City of Orange.