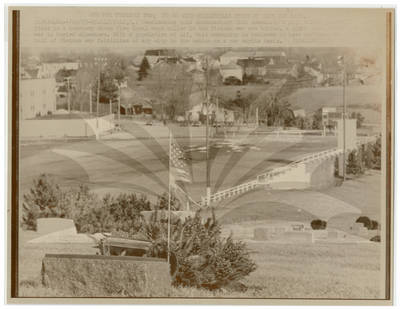 Beallsville, O.: Overlooking this southeastern Ohio community's high school football field is a cemetery where five local boys killed in the Vietnam war are buried. A sixth local victim of war is buried elsewhere. With a population of 441, this community is believed to have suffered the [highest] toll of Vietnam war fatalities of any city in the nation on a per capita basis.