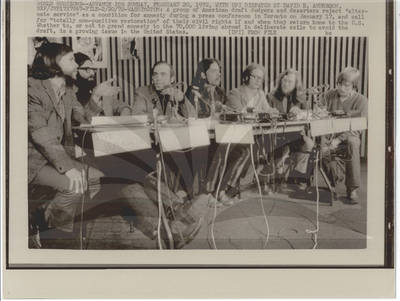 Washington: A group of American draft dodgers and deserters reject 'altenate service' as a condition for amnesty during a press conference in Toronto on January 17, and call for 'totally non-punitive restoration' of their civil rights if and when they return home to the U.S. Whether to, or not to grant amnesty to the 70,000 living abroad in deliberate exile to avoid the draft, is a growing issue in the United States.