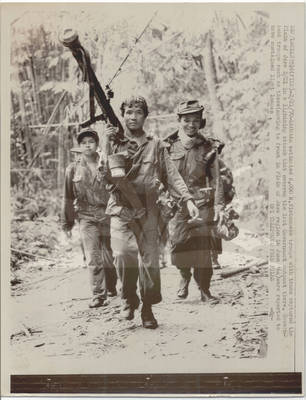 Laos: An estimated 6,000 N. Vietnamese troops with tanks captured the Plain of Jars 2/21 in a lightning attack that overran the last Government outpost there. Government troops such as these (moving to front in Plain of Jars region in June '64) were reported to have sustained light losses.