Soldiers Under Attack on Bridge 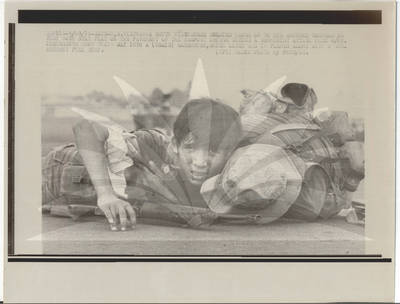 Saigon, S Vietnam: A South Vietnamese soldier hangs on to his wounded comrade as they both stay flat on the pavement of the Newport Bridge during a Communist attack here 4/28. Insurgents shot their way into a (USAID) warehouse, which later was in flames along with a government fuel dump.