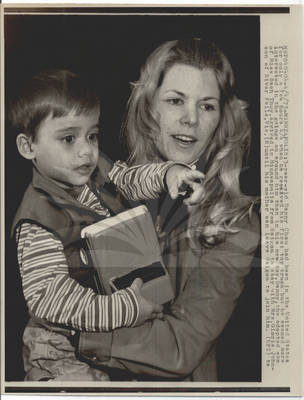 Minneapolis: 3-year-old Danny Chau had been in the United States for only a few hours 4/4 when he received his first toy truck but he seemed more interested in the goings on around him than in his new toy. Danny, the adopted son of Miss Bach Thuy, arrived in Minneapolis from Saigon to stay with Mrs. Gloria Johnson of River Falls, Wis. (R) until his mother can leave Saigon to join him.