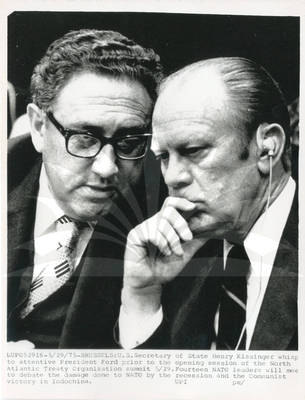 U.S. Secretary of State Henry Kissinger whispers to attentive President Ford prior to the opening session of the North Atlantic Treaty Organization summit 5/29. Fourteen NATO leaders will meet to debate the damage done to NATO by the recession and the Communist victory in Indochina.