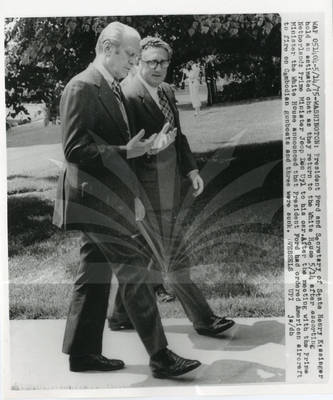 President Ford and Secretary of State Henry Kissinger hold an animated chat as they return to the White House 5/14 after escorting Netherlands Prime Minister Joop Den Uyl to his car. After the meeting with the Prime Minister the White House announced that President Ford had ordered American aircraft to fire on Cambodian gunboats and three were sunk.