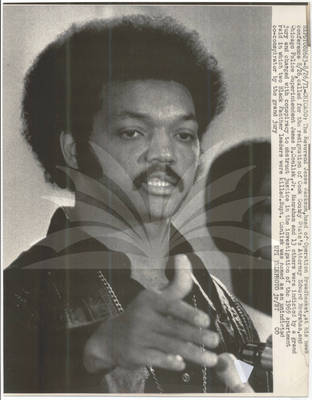 Chicago: The Reverend Jesse Jackson, head of Operation Breadbasket, at his news conference 8/26, called for the resignation of Cook County State's Attorney Edward Hanrahan, and Chicago Police Superintendent James B. Conlisk, Jr., Hanrahan and 13 others were indicted by a grand jury and charged with conspiracy to obstruct justice in the investigation of the 1969 apartment raid in which two Black Panther leaders were killed. Supt. Conlisk was named as an unindicted co-conspirator by the grand jury.