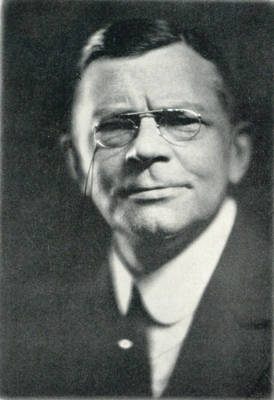 Portrait of Charles Urban. News photo print from catalog captioned “Charles Urban – President.” A 1922 portrait by Pirie MacDonald. Charles Urban (April 15, 1867 – August 29, 1942) was an Anglo-American film producer and distributor, and one of the most significant figures in British cinema before the First World War. He was a pioneer of the documentary, educational, propaganda and scientific film, as well as being the producer of the world's first successful motion picture color system.