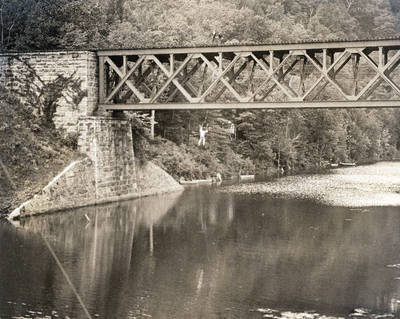 A production still from a 1916 film, involving a fight on a railroad trestle bridge, and then a 40 foot fall from the bridge by a stuntman. Carl Louis Gregory was the cameraman for the production, and took the still photos.