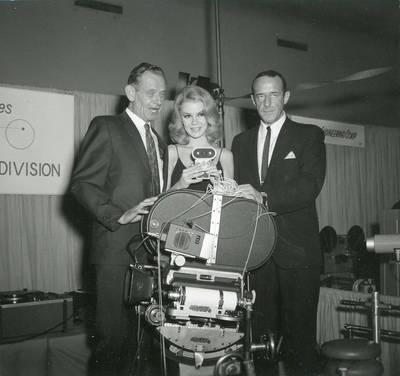 Berndt with model holding the Berndt Cine 3 System camera. In 1960, Berndt had resigned as president of the Berndt-Bach Corporation and began a number of special projects. One of the projects completed was a sub-miniaturized motion picture camera using 3mm film. It was used in a special cockpit photography application by the United States Air Force at Edwards Air Force Base. Berndt manufactured the camera and all equipment necessary to produce the film.