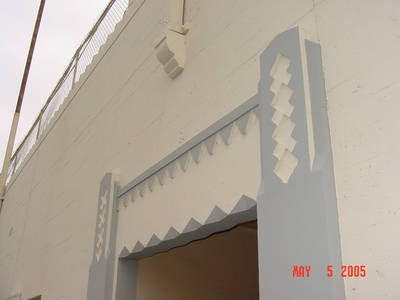 Chapman Stadium shortly before demolition, Chapman University, Orange, California, 2005. This stadium was originally constructed in 1934 by Orange Union High School, Orange, California. Ownership transferred to Chapman College in 1954. It was re-named in 2000 after the son of the university's namesake, Irvin "Ernie" C. Chapman, who played football at Chapman in the early 1930's. The stadium was torn down in 2005 and fully rebuilt and is now part of the Erin J. Lastinger Athletics Complex at Chapman University.